Katherine Sherwood was born in New Orleans, Louisiana in 1952. She received a BA from the University of California, Davis, in 1975, and an MFA from the San Francisco Art Institute in 1979. She taught at UC Berkeley for over thirty years until retiring in 2011. She currently lives and works in Rodeo, California.

Sherwood’s work addresses intersectionality, feminism and art history through the lens of disability. Her life and art completely changed when she had a cerebral hemorrhage at the age of 44, which paralyzed the entire right side of her body. After a period of recovery, she returned to painting with a newfound vitality. Forced to relearn to paint with her left hand, she discovered that she “became a more fluid and urgent left-handed painter,” and adopted a more gestural painting style by working flat and pouring paint directly onto her canvases.

Sherwood began her career in the ‘80s, creating figurative feminist paintings while living in the East Village, New York. Returning to the Bay Area in the ‘90s, she began painting abstractly in a highly conceptual style, referencing the medieval manuscript The Lemegeton, brain imagery from the 19th and 20th centuries, theories of the holographic paradigm and CIA satellite images of Russian nuclear test sites. She continued to explore these themes in her work post-stroke, referencing medieval seals of leaders such as King Solomon and Koran and collaging photolithographs of her own brain’s arterial paths. As she redeveloped her approach to painting, her work became an extension of her activism for disability rights. The Healers of the Yelling Clinic, a series of constructed figure paintings made with textiles and brain-scan heads which she began in 2010, allude to the Yelling Clinic, a collective co-founded by Sherwood and artist Sunaura Taylor. Their goal was to foster awareness and begin a dialog on disability and art therapy, particularly the causality between war and disability. A subsequent series of Venuses challenge the limited scope of inclusivity and feminism in art history. Appropriations of odalisques are adorned with elaborate crowns atop of heads made of collaged brains, all with different skin tones and signifiers of disability such as canes and prosthetics. They are painted on the backs of reproductions of classical paintings, formerly used as instructional aids at UC Berkeley. Most recently, Sherwood has been developing a series she calls Brain Flowers, exploring the transient nature of existence. These still lives, made on the same recycled reproductions, are based on post-Impressionist and 17th century Dutch flower paintings and incorporate the artist’s own fMRI scans as flowers.

Sherwood has exhibited internationally and has been the recipient of several awards, including an NEA Artist Fellowship in 1989, a Pollock-Krasner Grant in 1998, a Guggenheim Fellowship Award in 2005, and a Joan Mitchell Foundation Grant in 2006. She continues to be an activist for disability rights and social justice, founding and teaching the course Art, Medicine and Disability at UC Berkeley for over a decade, as well as playing an active role at the Creative Growth Art Center in Oakland, CA, which supports “art created by adults that have a physical or intellectual disorder.” Her work is in many major public collections including the Ford Foundation, New York; the San Francisco Museum of Modern Art, California; the National Academy of Sciences, Washington DC; and the University of Missouri, Columbia, among others. 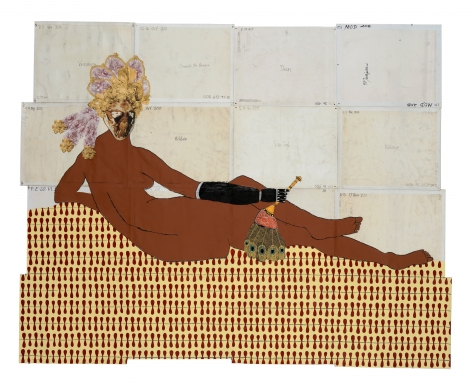 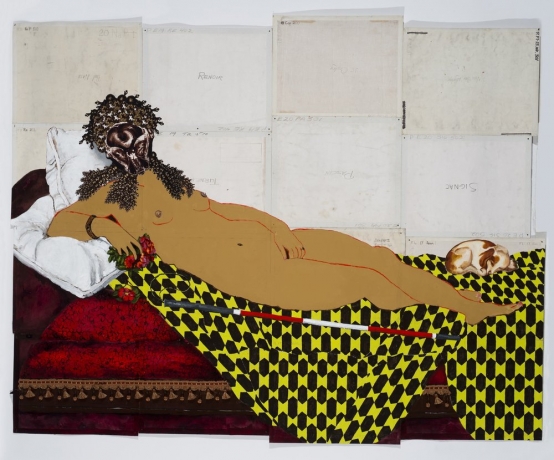 How A Cerebral Hemorrhage Altered My Art

Katherine Sherwood will be giving a lecture at the San Francisco Art Institute, as part of their Graduate Lecture Series. Sherwood will discuss how her life and art were significantly altered by a cerebral hemorrhage in 1997. 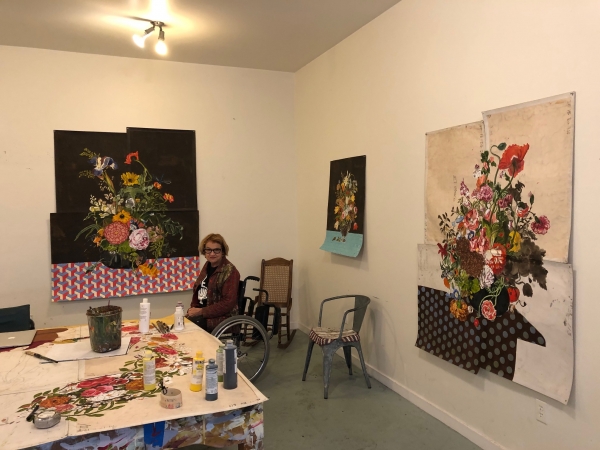 In the Studio with Katherine Sherwood

A year after her first exhibition at the gallery, with a pandemic in between, we spoke with Katherine Sherwood about her ongoing series of “Brain Flowers,” working in lockdown and what to expect from her in the coming year... 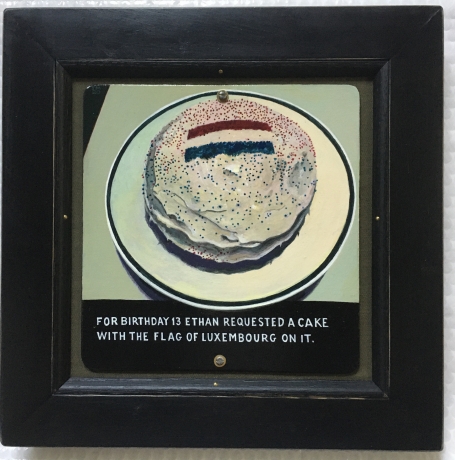 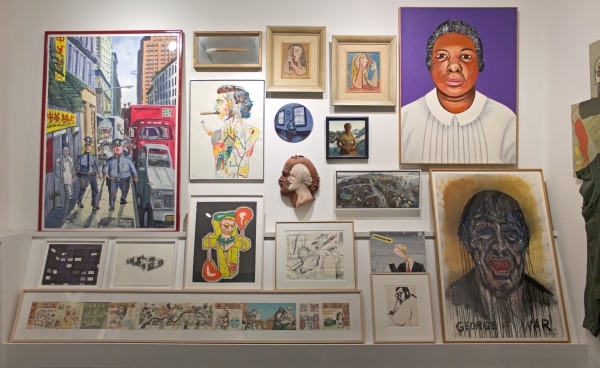 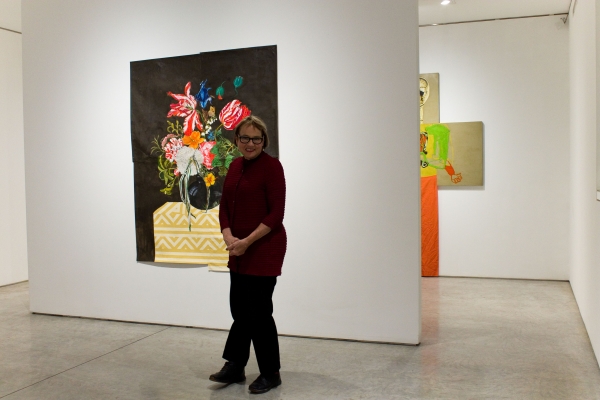 School of the Art Institute of Chicago

Congratulations to Katherine Sherwood, who will be receiving an honorary doctorate from the School of the Art Institute of Chicago, during their 2020 commencement address! Alongside artists Mel Chin, Jae Jarrell, Wadsworth Jarrell and Gerald Williams, Sherwood will be recognized for her work addressing intersectionality, feminism, and art history through the lens of disability.