Ink and graphite on paper

Ink and graphite on paper 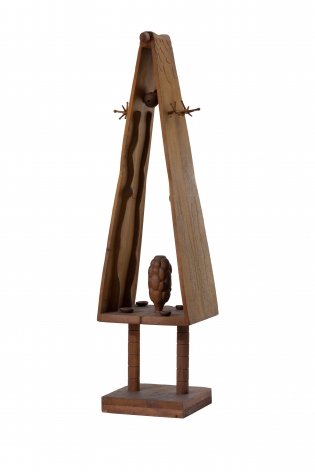 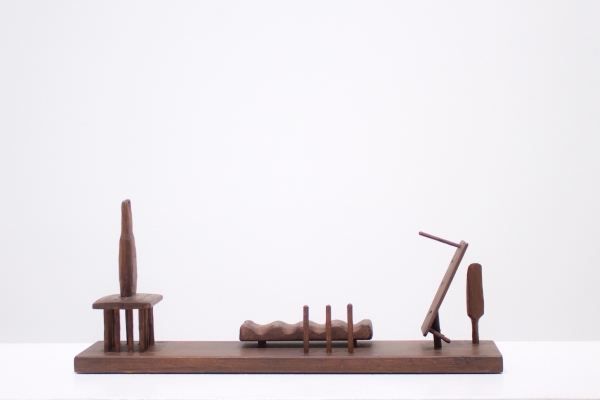 Though Jeremy Anderson is often placed in a lineage of avant-garde thought which can be traced back to the Cubism and Surrealism of a half-century prior, his own concept of sculpture as an art form went well beyond any physical limitations. Contrary to such formal modes, to him, the medium itself was besides the point; rather something more elusive shaped his work: a pursuit of truth.

By 1960, at which point Anderson’s preferred medium was wood (for its plentitude, ease of manipulating and comparative inexpensiveness), he had decided that “perhaps abstract art is more capable of dealing with abstract ideas than representational art… Truth in a tangible form is far from being absolute, but at least you can put your hands on it,” a succinct example of the contractions so apparent in his sculptures of the time