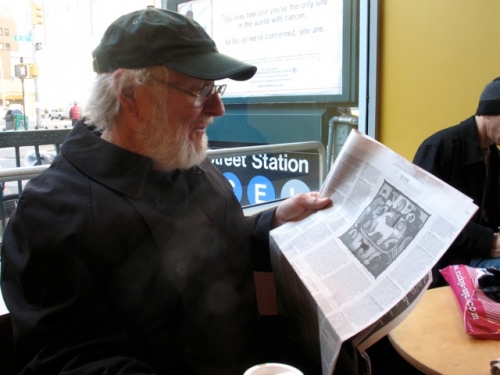 In the fall of 2005, after 45 years on 57th Street, the gallery moved to West 26th in Chelsea. One of the first exhibitions at the new location was of new paintings by Roy De Forest. It had been eight years since Roy’s last solo exhibition in New York - and since his last visit to the city. Though he had been showing at the gallery for decades, this time around Roy assumed that after so long the New York art world had more or less forgotten him. Despite his low expectations, he was convinced to make the trip.

To his surprise (and gratification), the morning of the reception he opened the Times to a glowing review of his show by Roberta Smith.