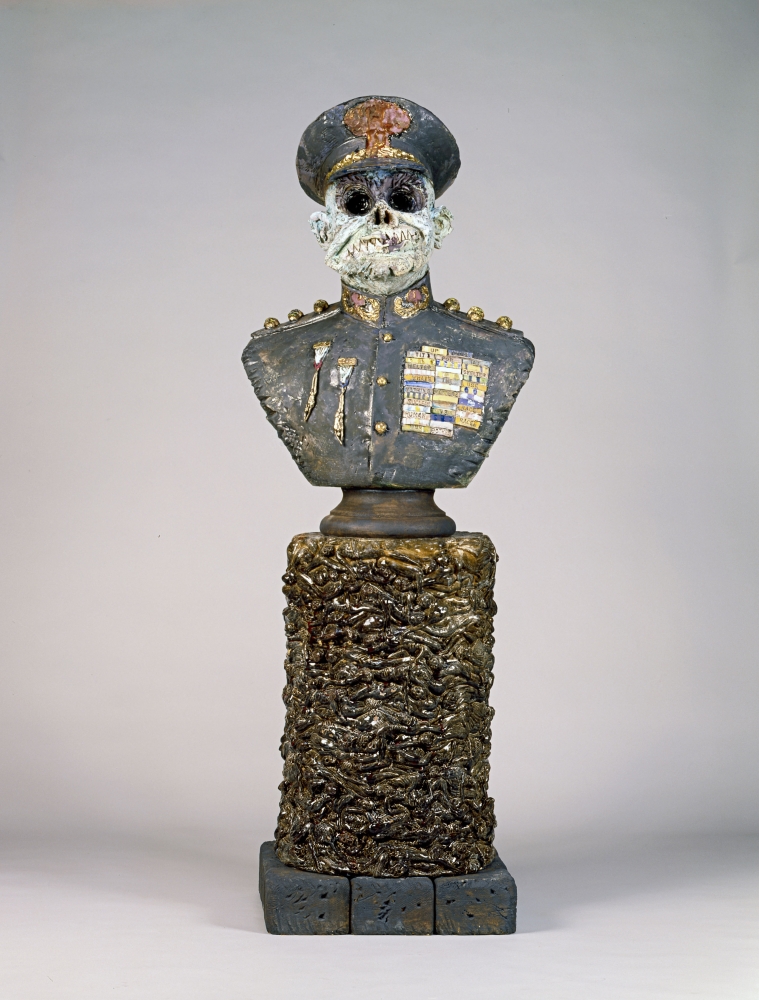 Robert Arneson is included in a group exhibition at the Belger Arts Center in Kansas City, MO, dedicated to the memory of William T. Wiley.

Titled {not} Quiet on the Western Front, the exhibition includes works from the Belger Collection by artists such as Wiley, who helped define the sensibilities of Bay Area art in the 1950s and 60s. On view is Arneson’s 1985 sculpture The Colonel, part of a larger series from the 1980s which addresses the global proliferation of nuclear weapons. For the series, Arneson created several, sinister characters such as The Colonel to embody the horrific toll of war. This oversized bust rests on a pedestal of a pile of bodies - victims of nuclear devastation - in a nod to Auguste Rodin’s The Gates of Hell.⁠

The exhibition is on view through January 8, 2022. Find more information here.