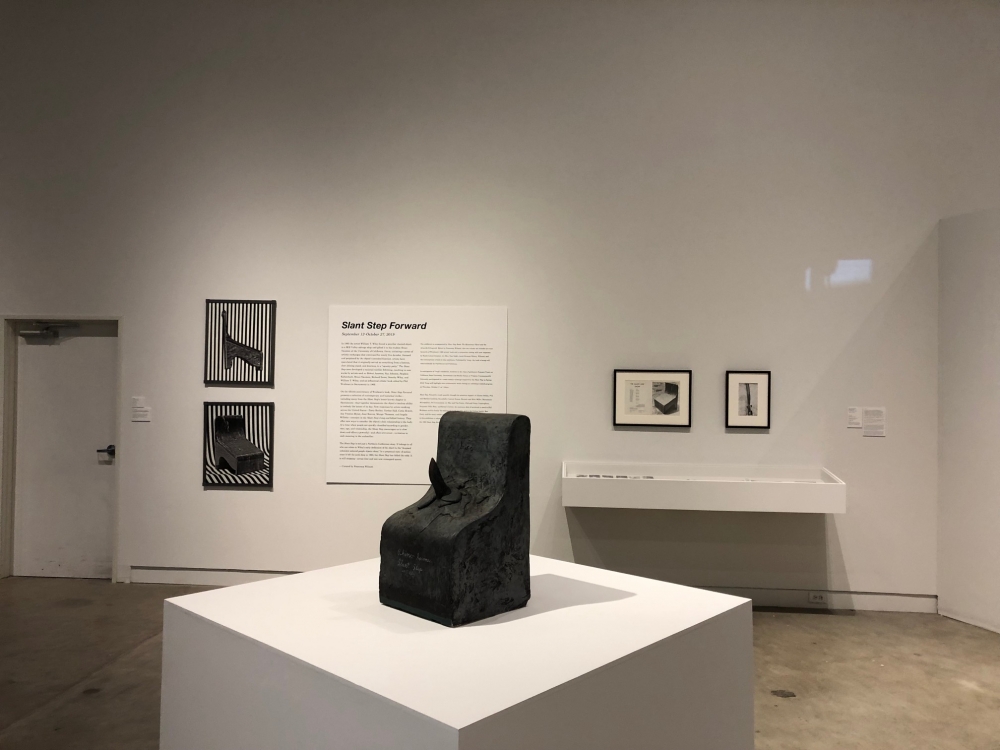 Robert Arneson and WIlliam T. Wiley are included included in Slant Step Forward at the Verge Center for the Arts. The exhibition centers itself around the "slant step," an infamous slanted stool originally procured by Wiley back in 1965. Over five decades the slant step was passed around between artists from Northern California such as Bruce Nauman and Richard Serra, and went on to inspire countless works of art and literature, including an artists' book published in 1969 by Phil Weidman. Slant Step Forward surveys 22 artists' responses to the object both historic and contemporary. On view through October 27, 2019.

More information can be found here.