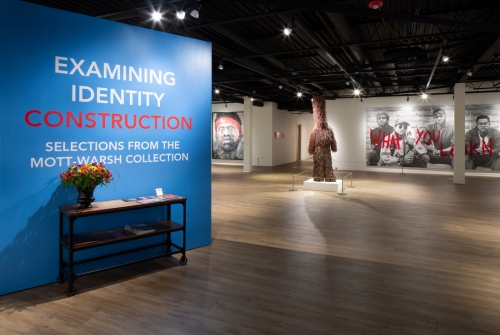 Robert Arneson and Diane Edison are included in the exhibition Examining Identity Construction at the MW Gallery in Flint, MI, which presents selections from the Mott-Warsh collection. The exhibition features work by artists of the African-diaspora, or those whose work reflects on it, and is organized into three themed galleries: portraiture, scenes from everyday life, and artworks confronting racial myths and stereotypes. Arneson is represented in the latter theme by his 1990 painting C.E.O., which is part of his controversial Black series dissecting racist stereotypes and presumptions. In the portraiture gallery is Edison’s 2004 self-portrait Close But No Cigar, her first portrait done in color pencil on black paper, with reference to a similar self-portrait by Chuck Close.