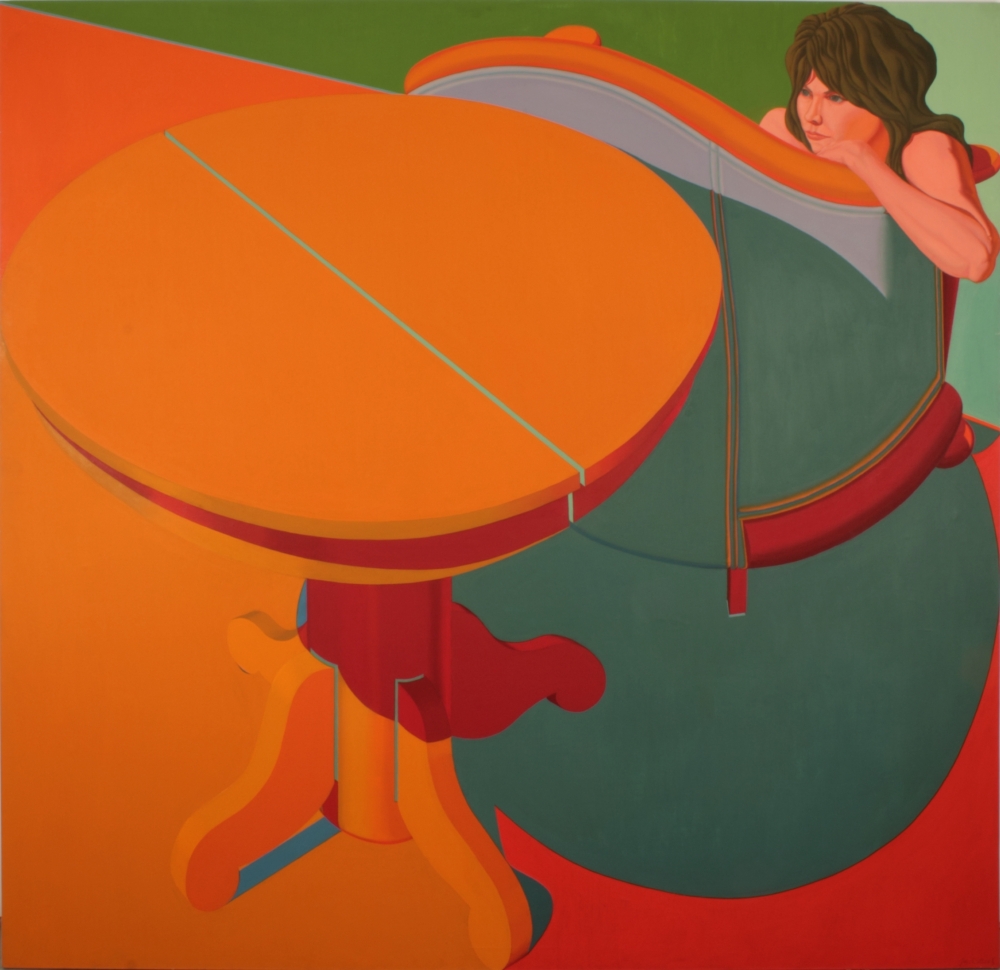 Our exhibition of hard-edge paintings by Jack Beal has been reviewed by Alanna Martinez for The New York Observer:

"Jack Beal only painted in the flat, bright, Hard Edge style seen on view in George Adams Gallery’s current show for four years. Between 1968 and 1972 the New York Realist painter—known for his nude studies and the public murals he produced for the U.S. Department of Labor building—departed from his thick-brushed signature strokes to paint in blinding neon, flat foregrounds, and sharp geometric compositions.

In “Jack Beal: Hard Edge Paintings 1968-1972,” the result is a stunning, short-lived body of work. Unfortunately, critic Sidney Tillim’s 1969 essay for the Milwaukee Art Center, which referred to the images as “machines,” deterred the artist from exploring Hard Edge painting further. In 1972, he returned to figurative painting with a looser hand and a softer, more muted, color palette.

But dealer George Adams was moved by the crisp lines and jarring angles of the artist’s brief foray into Hard Edge, a style associated with Color Field painting and Op Art. (Beal didn’t actually align himself with Hard Edge movement, Mr. Adams told the Observer, but in addition to the paintings he completed in those years, he studied flat planes and toyed with spacial illusions exhaustively in a multi-year, diaristic sketchbook titled The Form Book, also on view in the gallery.)

The artist’s wife, painter Sondra Freckelton, appears in several pieces here, like Sondra with Table (1970) and Sondra on Sofa (1968). She is the only human presence, and her stillness and form merge with the inanimate objects that are, arguably, the primary subjects, to create a highly formal study in line and geometry. The edges of tables, desks, chairs, and sofas are explored in loud color, and the juxtaposition of magenta and orange with cerulean and olive create a popping optical affect only experienced in person.

The artist was a master colorist, but the palette in these works isn’t typical to Realism. Mr. Adams revealed that the artist’s wife suspects Beal was highly influenced by an early color television he purchased at the time he painted the works. Known for their distorted color fields, the television’s unnatural colors could be the real explanation for the overwhelmingly orange hue of the paintings."