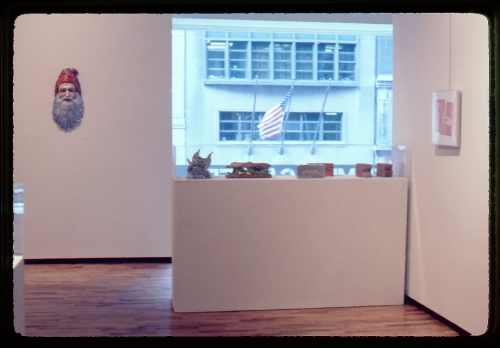 Arneson began experimenting with himself as a subject in the early 1970s – by 1975 the artist in various guises and expressions had become a defining aspect of his career. His self-portrait as Santa Claus was made in time for the holidays in 1975 but not exhibited until the following spring, as part of a group exhibition of new ceramics from the Bay Area featuring work by Arneson and his contemporaries such as David Gilhooly, Richard Notkin and Peter VandenBerge. In the years following, however, the piece remained at the gallery where it became a staple of the festive season, hanging by the desk at 50 E 57th Street every December for many years. Arneson revisited the theme in 1990, again depicting himself as Santa as a gift for his young daughter.