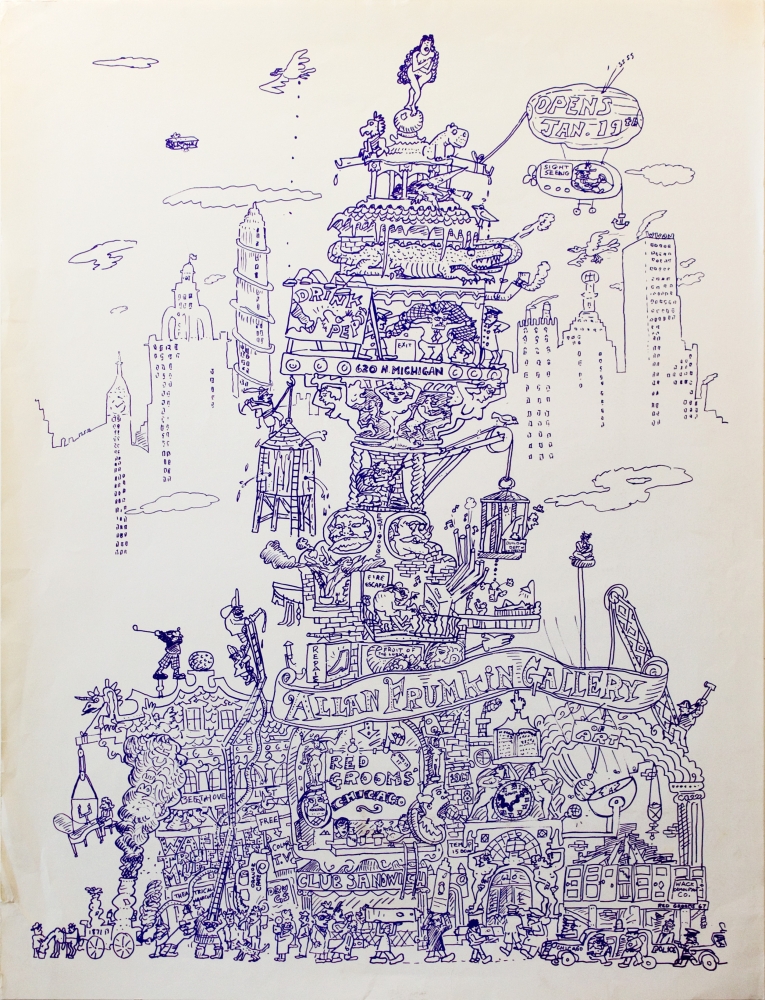 Grooms' wide-ranging activities, in 2D, film, performance and design, coalesced in the late 60s with the formation of his production company, Ruckus Construction Co with his then-wife, Mimi Gross. Formalizing the type of projects he had done previously with frequent collaborators such as Rudy Burckhardt, Ruckus was a synthesis of Grooms' avant-garde sensibilities and tendency towards spectacle.

One of the company's first major undertakings was an immersive, 25 foot square sculptural installation of the city of Chicago. Red had some history with the city, having attended the Art Institute of Chicago in the 1950s, though in returning he tackled his subject with a forensic level of detail. As Judd Tully describes, "The City of Chicago" was "the first of a series of highly documented regional “sculpto-picto-ramas” (Red’s invention) of urban life, ultra contemporary on the surface with a staccato burst of historic, often art historical, footnotes. Reams of preparatory sketches from walking tours, rooftop observatories, photographs, and souvenir-style picture postcards insured the accuracy of the pun-soaked details."

Starting in the Fall of 1967, Grooms, Gross and their collaborators developed and built "Chicago," finally opening at the Frumkin Gallery on Michigan Ave in January of 1968. In keeping with Grooms' previous multi-media works, "The City of Chicago" also doubled as a set for the short film and musical "Tappy Toes," produced with Gross and Ed Flood and featuring a number of local artists. Following the Frumkin exhibition, "Chicago" travelled to the 1968 Venice Biennale, going on to tour the United States before entering the permanent collection of the Art Institute of Chicago.