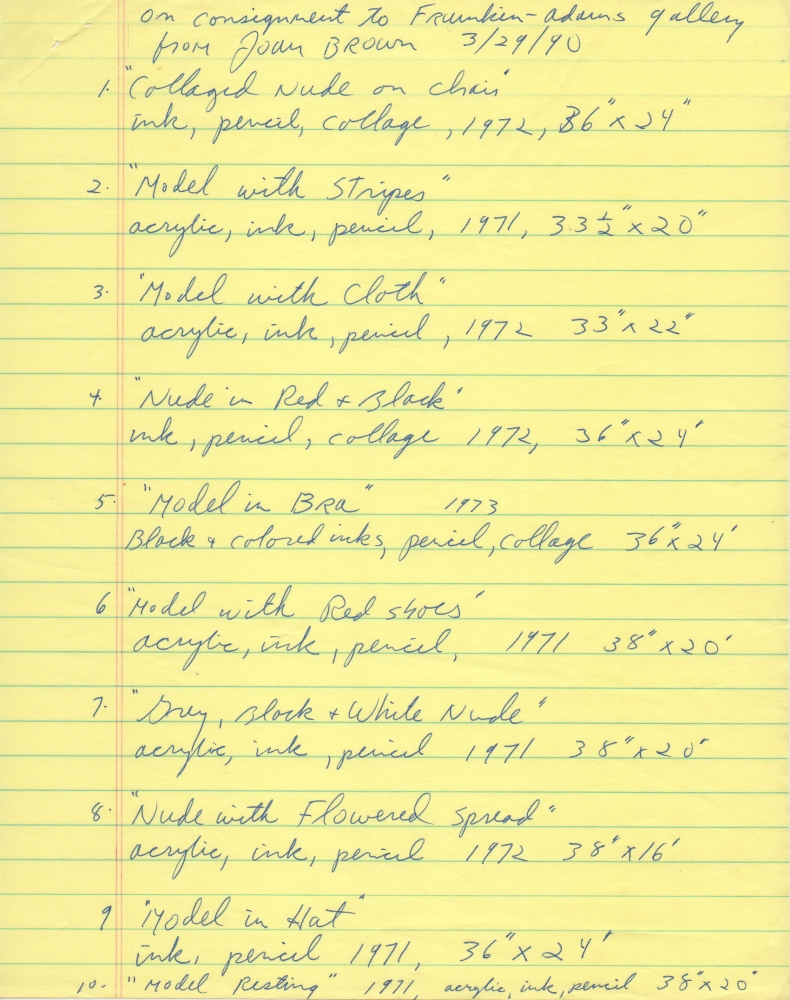 Joan Brown's checklist of drawings selected for her exhibition in fall of 1990, dated March 29, 1990.

From the Archives:
Joan Brown’s handwritten checklist of drawings sent to Frumkin/Adams Gallery in March of 1990 for an exhibition in the fall of that year.

In what would be Joan’s last, life-time exhibition, she sent the gallery a group of ten figure drawings from 1971-1972. Emblematic of a significant period in her career, for the forward-looking, driven artist, they were in the past. However, this modest selection was part of a larger group of drawings that Joan had kept as part of her personal collection, rarely shown beyond their creation. As noted in the press release for the exhibition, they “are rendered very physically in acrylic, ink and pencil, with areas of impasto, incised lines and collaged sections,” and had “never been seen in New York.”

By some accounts, she was unenthusiastic at the prospect of showing the drawings nearly twenty years later, but in August wrote that “I’m excited about the show and wish I could see it but don’t think I’ll be able to with the India Trips.” Joan never had a chance to see the exhibition, which ran from September 4 - October 19. She travelled to India that fall to supervise the installation of an obelisk she had completed for Sathya Sai Baba’s Eternal Heritage Museum; it was during that trip that the construction accident occurred which killed her.