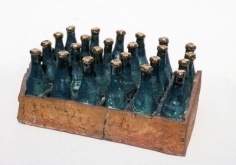 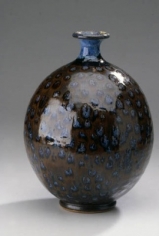 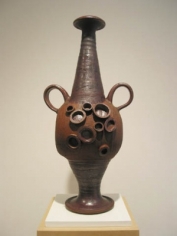 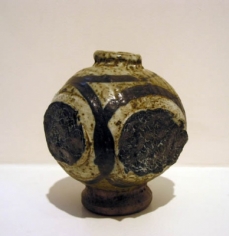 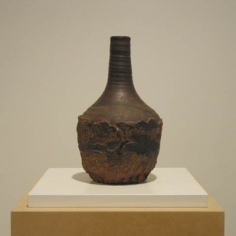 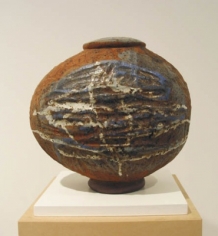 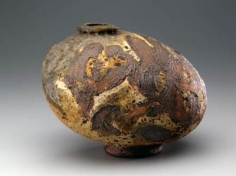 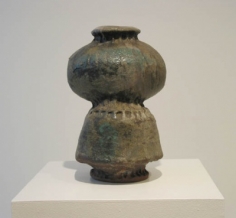 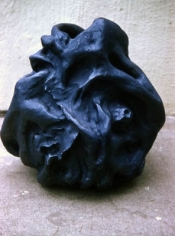 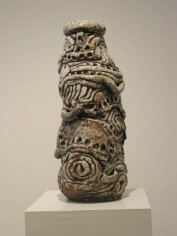 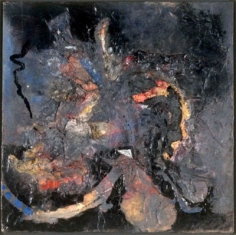 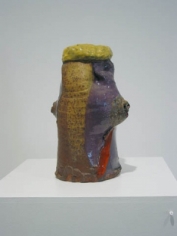 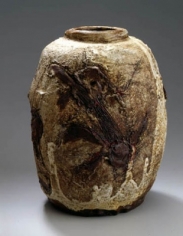 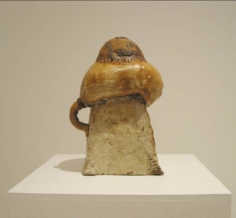 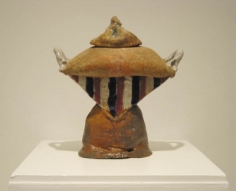 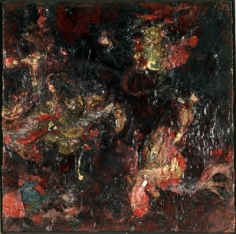 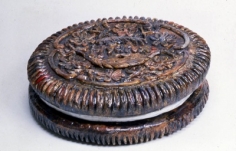 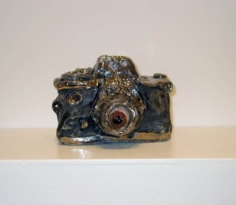 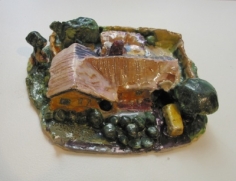 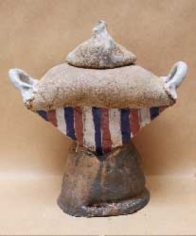 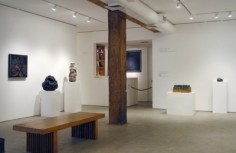 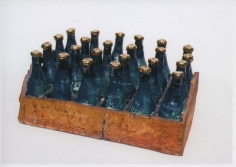 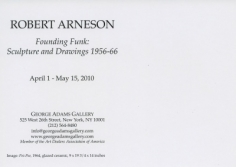 During April and May, the GEORGE ADAMS GALLERY presents an exhibition of early work by ROBERT ARNESON (1930-1992). “Robert Arneson - Founding Funk: Sculpture and Drawings, 1956 – 1966” traces the artist’s transition from a highly accomplished wheel-based potter to a creator of irreverent and often sexually charged objects in a style that became known as “Bay Area Funk.” Arneson’s Funk period, during which he firmly established himself as a force in the Bay Area art world, lasted until 1967 when he moved to New York for a year. Following his return to California Arneson’s work became almost exclusively figurative, often autobiographical, and, in the decade after 1982, increasingly engaged in social and political critique.

As an MFA student at Mills College (1957-58), Arneson was greatly influenced by Antonio Prieto, who had run the ceramics department at Mills since 1950. Prieto emphasized refinement and technical control, and Arneson’s skill at modeling and glazing is exemplified by an early “bottle” and tall, fluted “pot” from 1957, both included in the exhibition. Ultimately, however, the spontaneously expressionistic work of Peter Voulkos, who came to teach at Berkeley in 1958, led Arneson to abandon his pursuit of technical perfection and instead emphasize aggressive surface manipulation, mass and color.  As Arneson put it, “I was going to be an artist and not a potter in 1960.”

Arneson’s work from the early 1960s became increasingly and intentionally crude. Surfaces are gouged out, lumpy forms protrude, glazes are applied in splashes and strokes, utilitarian forms are disguised or completely lost to achieve expressionistic forms that seem to allow the clay to remain the earthy material it is. Examples in this exhibition include an untitled “totem” and a polychrome vase from 1962.

Even as Arneson experimented with abstraction in clay, he also began to incorporate recognizable objects - faucet knobs appear in several otherwise abstract pieces as early as 1961 – as well as body parts such as lips, eyes, and sexual organs. “Fountain,” made in 1961-62, echoes some earlier abstract “totems,” but the allusion to a drinking fountain with realized elements such as a knob, bowl and spout introduces representation. Both the loose, casual modeling and glazing combined with overtly sexual references (for example the spout is a female sexual organ) establish this work as one of Arneson’s earliest “Funk” sculptures.

“Funk,” a term applied by Peter Selz and codified by an exhibition at Berkeley in 1967 of the same name, included such artists as Joan Brown, Roy DeForest, Bill Geiss, and Robert Hudson.  As a style Funk paralleled Pop Art on the East Coast in that both focused on the mundane. But Funk is entirely without Pop’s cool detachment. Funk is dirty, visceral, and often sexually charged. There is none of the manufactured feel of Warhol’s “Brillo Boxes,” for example, in Arneson’s “Pei-Pee,” 1964, a ceramic crate of 24 hand-fashioned bottles; on the contrary, the lustrous blue-green glaze on the bottles and gold on the caps and the hand-built quality of the clay “crate” is assuredly tactile and even animate. “Klick,”1965, is a camera that sports an eyeball for a lens and a vulva for an eye piece, while “Hydrox,” 1966, recreates the eponymous cookie nearly two feet across with expressionistically applied color and glazes and hand wrought detail that is both realistic and abstract (and as an added bonus Arneson added an interior of scaled Oreo cookies in relief).