This summer, the George Adams Gallery will present a cross-generational group exhibition featuring paintings, photographs and woodcuts by Jack Beal, Manny Farber, Kevin Frances, Kija Lucas and Tony May. For each of these artists, documentation is a key element in how they conceive their work and the result, regardless of the media, retains a narrative quality from that process. The exhibition will be available both online, in a digital format and installed at the gallery for viewings by appointment.

The act of documentation in this instance is an intentional one and follows from a prior action: assembling, collecting, designing, building. While the works in the exhibition exist on their own, the context of those respective processes remains visible, whether that be through vestiges of marks, as in Manny Farber's paintings, or the text appearing in work by Tony May or Kija Lucas. In some cases, such as with Kevin Frances's models, there is a direct dialog between the two. Frances produces detailed, to-scale dioramas, for the purpose of documenting them, first through photography and then with intricate woodcuts. His props are carefully crafted and lit to imbue a sense of drama, but his thoughtful staging gives enough subtext to understand the underlying narrative. On view will be a selection of pieces - models, photographs and prints - from his most recent series, "Superposition." Frances's unseen, imaginary protagonists are a husband and wife, a sculptor and writer, whose practices overlap in the small duplex they live in. Through the sparsely furnished interiors, we see the delineations - and lack thereof - between their personal and professional lives.

Considering the domestic from another perspective, Tony May has long used his paintings as a record-keeping of his various home repairs, projects and mundanities. Starting with a series of "Home Improvement" paintings in the 1980s, he has continued to document the many, often ingenious, small alterations he has made to his home over the decades. The paintings are roughly square, generally uniform in scale and format and include a hand-lettered, white-text-on-black-ground caption to describe the image. They tend to be direct and illustrative, however the subtlety and witticism often present in the physical alterations May depicts can translate as visual puns. Coupled with the bland tone of his captions, the paintings serve the double function of literally documenting, while gently satirizing the banality of his subjects.

Language also plays an important role in Kija Lucas's series of photographs "Collections from Sundown," a selection of which are included in the exhibition. Rather than the artist's words, these are notes written by her grandmother, who suffers from Alzheimer's. Each photograph is a collection of objects or writings - spanning a single day or several years - showing how her perception of reality has been impacted. Lucas describes sundowning as "increased confusion, collecting and packing of belongings, and often preparing for a perceived trip." The series, in effect, is both a document of the disease itself and the very human toll it takes, both on the afflicted and their family. Each image is presented formally, arrayed on a black ground and at close to 1:1 scale - as a placeholder for the objects themselves and a reminder of the fugitive nature of memory.

Similar formal considerations are taken by Manny Farber in his particular methodology of composing paintings by laying objects directly on the canvas and outlining them before building up the image. The peculiar perspective this achieves, and the literal-mindedness of the technique, exposes how, as Kenneth Baker noted in 1993, "Farber intuited that honesty had become a condition of painting's credible reconnection with our increasingly provisional sense of the real." There is no happenstance to these paintings however, Farber was meticulous in his choices and the seemingly arbitrary collections of books, flowers, tools and other ephemera can be read as a kind of metaphorical, autobiographical shorthand.

In contrast, for Jack Beal, the still-lives he composed, particularly in the early 1960s, are the epitome of formalism. Though pre-dating his hard-edged paintings, which are reductive  nearly to the point of abstraction, they show the preoccupation Beal had with the technical trapping of composition. Form for Beal, was a passion - so much so that he wrote a treatise outlining the particular qualities that color, texture and line could contribute to the overall sensation of a finished work. The zealousness of this approach is apparent in his paintings, where objects are selected and combined not for their intrinsic value but the physical qualities they can contribute. Such considerations, though, are not far from the deliberate nature of May's and Frances's fabrications, nor Lucas's and Farber's acquisitiveness and it is the very physical underpinnings of each artist's process which unites them.

Estate of Jack Beal
Tony May 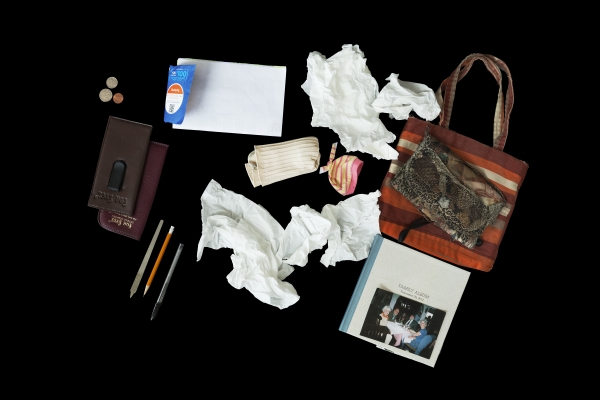 Kija Lucas on 'Collections from Sundown'

We asked photographer Kija Lucas to share some insights on her collaborative process and specifically the work from her series, Collections from Sundown which are part of our current exhibition Documents. She explains how she considers her work similar to scientific inquiry, the significance of portraits and her relationship with her Grandmother, whom the series is about. 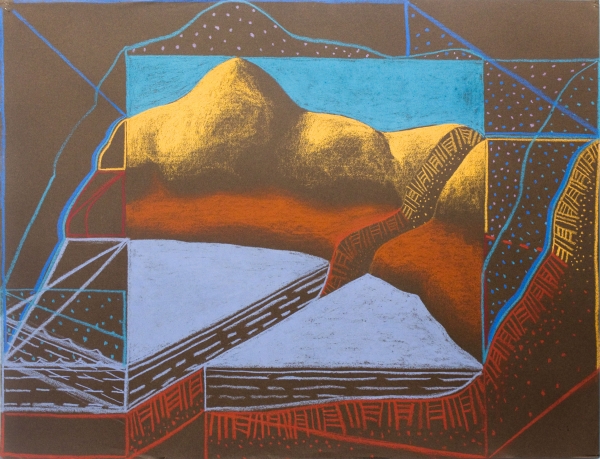 Though it is easy to remember Jack Beal solely for the role he played in re-affirming the figure as a subject of contemporary painting, a more complex side of his legacy is what lead him to the idealized, modeled affect of his best-known works. Unlike his contemporaries - and friends - such as Philip Pearlstein, Alex Katz and Alfred Leslie, who treated the human form with the same, cool analysis as any object, Beal considered himself a humanist and his paintings tend toward the sensuous. While hardly a new subject, figurative painting was, for a younger post-war generation, in its way a rebellion against abstraction. As many artists of his generation did, Beal came of age amidst the dogma and presumption of Abstract Expressionism, with the emotive, impulsive character that implied. Coming to New York via Chicago around 1956, Beal at first attempted to straddle the mid-Western, European-inflected, structural approach of his training with the gestural manners of the New York avant-garde. 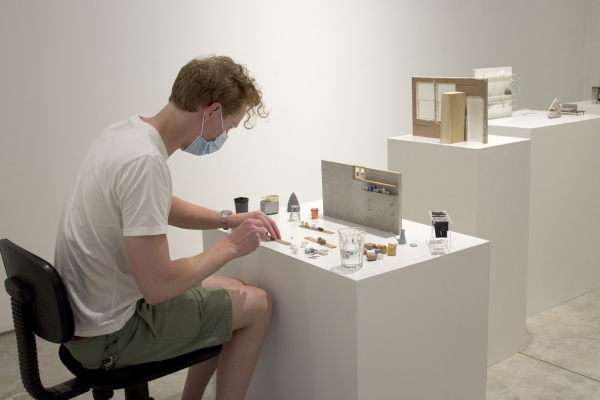 For Documents, we invited Kevin Frances to create an installation in the side gallery, of the (totally impressive and detailed) scale models he uses as a basis for his photographs and prints. In discussing his current series Superpositions, we touched on his very involved process, self-portraits, ceramics and "The Shining." 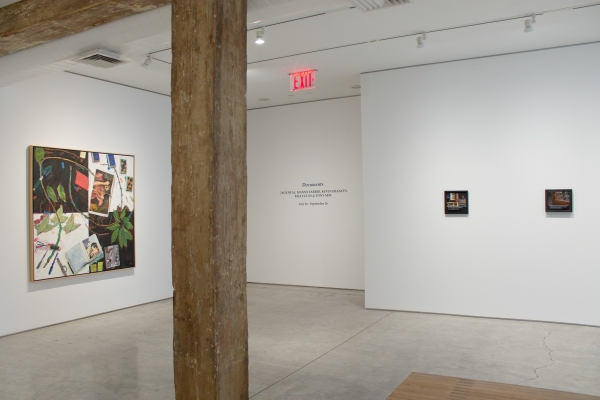 We’re pleased to announce that the online viewing room to accompany our current exhibition, Documents is now available. While the gallery is open by appointment, the page serves as an opportunity to virtually tour the exhibition for those who may not be able to visit the gallery in person. 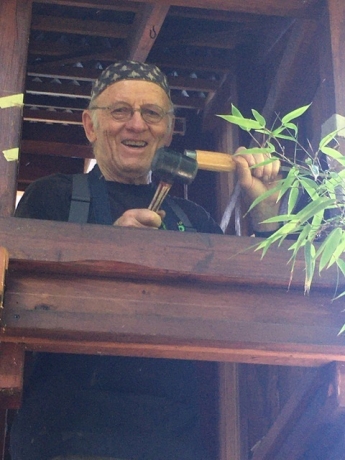 Home Improvements with Tony May

For Tony May the boundary between art and life is blurred - his home in downtown San Jose has evolved into an artwork in its own right, with the many improvements, additions and amendments he has made to it over the years.  The other, more portable, aspect of his practice are his paintings documenting these projects, a selection of which are included in our  upcoming summer exhibition, Documents. Tony recently took a break from construction on his latest endeavor to speak with us from his painting studio.