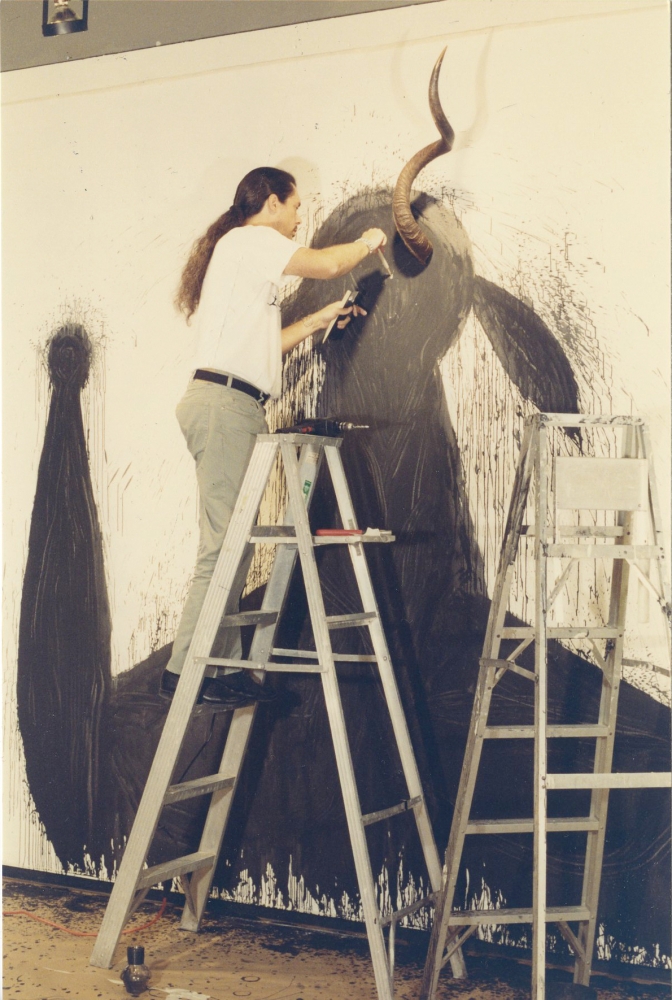 Jose Bedia at work on his installation, Bilongo Negro for his 1994 exhibition at the gallery.

Jose Bedia and his close friend Juan Francisco Elso were two of the most important artists to represent Cuba internationally during the late 1980s. Both graduates of the ISA in Havana in 1981, they exhibited widely in exhibitions that helped introduce a new generation of Cuban artists to the world, such as “Magiciens de la Terre” at the Centre Georges Pompidou and “Art of the Fantastic” at the Indianapolis Museum of Art. Both artists came of age during Cuba’s “Special Period” when Russia virtually supported the island, and art supplies - not to mention supplies of almost any kind - were severely curtailed. For many Cuban artists the result was work based on found materials rather than oils on canvas, a tradition that has continued in the works of artists such Kcho and and the collective Los Carpinteros. Like Elso, much of Bedia’s work was largely ephemeral (and more importantly transportable); he typically created large, mural-sized works from objects or materials he could carry with him from Havana or items relevant to his Palo-based work, which he could acquire in Botanicas around the world. For his installations at the gallery, Jose would either work directly on the wall or large rolls of canvas, as he is here, and often with little to no preparatory drawings.